In his Moral Theory and Medical Practice Bill (KWM) Fulford applied the work of the Oxford School on the language of values (the ‘moral theory’ of his title) to the language of medicine. 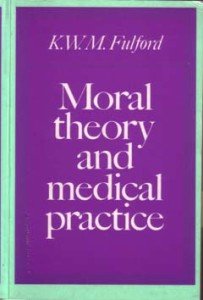 This approach builds on an idea first suggested by Mary Warnock as Bill’s DPhil supervisor. It owes much also to his other supervisors, Geoffrey Warnock and RM Hare, and, at a later stage, Anthony Quinton. 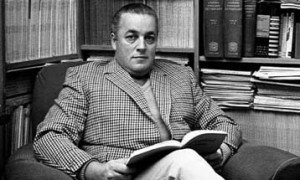 The Line of Argument

The argument of Moral Theory and Medical Practice aims to show that the meanings attached to terms such as ‘disease’, ‘illness’ and ‘dysfunction’ in medical and related areas of everyday (ordinary) usage (such as their relatively value-laden uses in some contexts but not in others) are best explained if these terms are value terms.

The claim that ‘disease’, ‘illness’ and ‘dysfunction’ are value terms is consistent with their having important descriptive (including scientific) content. But it insists that they have (irreducibly) evaluative content as well. The consequence is that ‘disease’, ‘illness’ and ‘dysfunction’, as key terms in the language of medicine, share certain logical properties with terms such as ‘good’, ‘ought’ and ‘right’ in the language of values.

It is these shared logical properties that explain the features of the ordinary usage of ‘disease’, ‘illness’ and ‘dysfunction’ in medicine. And it is this explanation – of the language of medicine being equally evaluative as descriptive – that in turn provides the theoretical basis for values-based practice as a partner to evidence-based practice in clinical care.

Bridges between Philosophy and Practice

Read More: about the Derivation of Values-based Practice